Politics, Violence & Blame: is Trump responsible for the violence? 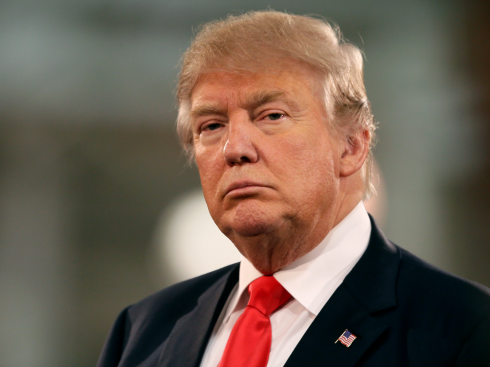 I was recently listening to the radio (yep, I’m that old) and heard about the violence outbreak at the canceled Trump rally in Chicago.  I also then saw news headlines and commentators saying Donald Trump was responsible for the violence.

As a teacher I remember some students who had stolen money from a kid who was selling candy bars. “It wasn’t my fault!” they said. “He left the money out where I could see it.”  Huh?

As a leader, I am responsible for my actions.  And my words are a part of my actions.  I am able to use my words to build people up. Encourage others and challenge them to live out the Gospel.  Love, the kind of love Jesus calls us to, compels me to use my words and my actions in a way that creates helpful urgency and still lowers anxiety.

In an election year, all the candidates have a choice to make about how they will use their words.  And Donald Trump has been a master, all along, of using language to his advantage. He is a master at communication. His sentences are simple. They provoke strong emotions. He speaks from an assumption of agreement. And he almost always stays on message.

However, and you knew this was coming, right?  However, one of the roles of differentiated leader is the ability to remain less anxious in the midst of anxiety.  And as a less anxious leader, the system you are part of becomes less anxious through your less anxious presence.

In fact, I believe Trump has been irresponsible with his language.

But that doesn’t answer the question.  Even as just a candidate at this point, Donal Trump has a responsibility to use language well – in a way that builds, challenges, exhorts and encourages.  But does irresponsibly adding to anxiety make him culpable for the violence?

In other words, nobody makes me act violently.  Or, do they…?

When a system (think family, congregation, city or nation) is already highly anxious, and a leader intentionally sabotages that system by intentionally increasing emotional anxiety, that leader is culpable.  There has to be a level of responsibility assigned.

And yet, nobody makes anybody act violently.  Each violent act perpetrated by an individual capable of personal agency, is personally responsible for his/her own actions. When those actions are not rooted in Love – love for God and love for others – in a way in which we will and act for the good of others – those actions are then self seeking and are initiated in order to assert our will over others.

But.  So are we.  We each make choices.  We each live our lives.  And today we live in an election year where we are making deep lines in the sand.  We are defining ourselves as either for Trump or against Trump. And when we do so, we also add to the anxiety.

I wonder… What if we choose to define ourselves differently?  What if, like the angel who appeared to Joshua, we were neither for nor against Trump.  What if we defined ourselves by something bigger, more important than politics or personalities.

In the Fall we will cast our votes and we will elect a new president.  But more than voting, we have an opportunity to rise above the fray of campaigns and live lives of love.  We don’t need to let the anxiety of the candidates determine our behavior.

This entry was posted on Monday, March 14th, 2016 at 9:05 pm and tagged with campaign, christian, Donald Trump, Election, election2016, Jesus, language, Leadership, life, love, rallies, responsibility, Violence and posted in Uncategorized. You can follow any responses to this entry through the RSS 2.0 feed.
« Pastor! Do You Love Your City?

One response to “Politics, Violence & Blame: is Trump responsible for the violence?”